Changing How We Are Governed 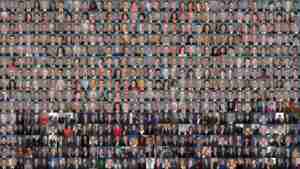 These 500+ people run our American government, but the system in which they find themselves turns their priorities upside down. Every working day they must receive, on average, $5,000 in campaign contributions to fund their next election. That’s more than many people earn in a month. Is their first priority, “Do what is best for America?” Or do they do what is best for those who give them money?

We can build a Congress that actually does what is best for America! We can bring back… Of the People, By the People and For the People! Using democratic lotteries to choose those who govern us is much better than elections. Lotteries will bring everyday people from all walks of life to Congress.

Democratic lotteries are as old as democracy itself. In fact, in Ancient Greece they were the preferred way to select those who governed; elections were used rarely.

Lotteries are the key. But what happens when the lottery-selected people arrive in Washington and get inundated by lobbyists and the political mechanisms that are still in place?

Obviously, there would need to be a fundamental cultural shift in Congress that would remove special interests, money, lobbying, debate, posturing, sound bites and coalitions. In their place would be civil discussion, reasoning, questioning of experts, and evaluating statements from stakeholders. This new approach is called deliberation.

It’s time for a state, or even Congress, to use deliberation and lotteries!